“Tap the button to tag your targets with a magical Mark. Press and hold the button to detonate all Marked enemies with a fiery explosion.”

Mark of Flame is a Sorcery-based ability that allows the character to tag nearby enemies with a magical mark. When finished marking enemies, the mark causes a fiery explosion. The explosion will hit any enemies nearby. The ability Smolder upgrades Mark of Flame by increasing its damage.

There are five levels of this ability. Two more levels may be unlocked via ability bonuses. 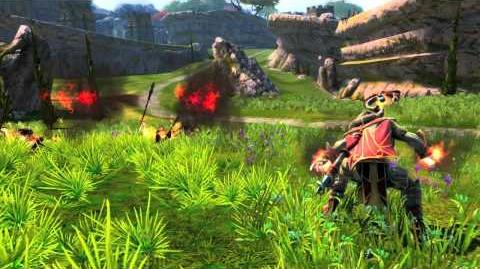 Retrieved from "https://amalur.fandom.com/wiki/Mark_of_Flame?oldid=62299"
Community content is available under CC-BY-SA unless otherwise noted.