Edit
watch 02:52
Roblox: DeepWoken - The Loop
Do you like this video?
Play Sound

Each skill has ten levels of proficiency. The skills can be improved by leveling, by reading Skill Books, and by training with Trainers. Certain potions and unique items grant temporary bonus skill levels.

The Jack of All Trades line of Destinies adds bonus levels to all skills; three levels per skill for the final Destiny, Universalist.

All skill points gained by leveling can be reset and redistributed by using a Fateweaver's service to "Unbind Fate".

The three crafting skills are Alchemy, Blacksmithing, and Sagecraft. Each craft has their own crafting stations that can be found in Amalur. Recipes for these skills can also be found in the world or through experimenting.

Persuasion and Stealth allow the Fateless One certain actions that can often replace combat. Persuasion allows you to talk your way into and out of situations that would normally require a different solution. Stealth increases the time it takes NPCs to notice you, as well as decreasing their effective detection range if they are unaware of you. The two skills also complement each other: if you get caught stealing, persuasion will decrease bribe costs to guards.

Detect Hidden, Dispelling, Lockpicking, and Mercantile just make your life easier in the game. Detect Hidden enables you to find hidden treasure caches, deadly traps, enemy ambushes, and secret doors by placing markers on your map. Dispelling grants you the ability to dispel protective magical wards without suffering harm. Lockpicking grants mastery over the picking of mechanical locks, enabling you to bypass even the tightest security. With Mercantile, you master the art of selling for more and buying for less. 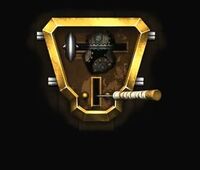 There are nine skills, each with ten levels (4 at basic level, 3 at advanced level and 3 at master level), so there are a total of 90 skill points that can be trained.

There are several ways to acquire skill points:

These form a total of 89 skill points available in the game, if planned correctly, this means eight out of nine skills can be fully mastered in the base game. However, extra master trainers become available for Alchemy, Mercantile and Stealth in The Legend of Dead Kel DLC, which allows you to max out all your skills.

There are certain items (potions and gear) that will raise a character's skill level. Also, the Jack of All Trades destiny track will add one level to all skills, from the Wayfarer destiny and up.

Skill points gained through racial bonuses, trainers, or reading cannot be reset by a Fateweaver. Due to their permanent nature you may permanently bar your character from training at a basic level trainer, by raising a skill level to +4. This can occur when a character has had training from an advanced or master trainer prior to a visit to a Fateweaver or reading a skill book for your skill with the +2 racial bonus.

Each race comes with its own racial bonuses, 2 points in one skill and 1 point in two others.