The Teeth of Naros is a mountain range to the south of Dalentarth. The land is named after the Troll god Naros, and its original inhabitants were Trolls. The Kollossae and their Jottun servants settled here after the fall of Ethenia in 1130 BE (2147 NW). They discovered the Hyperian here and were inspired by their goddess Ethene to build a city in the sky. They built Idylla on the ground from stone quarried from the mountains and then raised it into the sky with magic, leaving behind a new lake. They attempted to raise the Hyperian into the sky as the centerpiece of their city, but their failure provoked an extended spiritual crisis.

When the Fateless One arrives in the Teeth of Naros, the Kollossae are at war with their former Jottun servants. The future of the Kollossae is uncertain, as not only are they being pushed back by the Jottun, but their gods, the Titans and their patron goddess, Ethene, have gone silent and their leader Anokatos has isolated himself.

It is up to the Fateless One to decide the future of the Kollossae in this harsh and cruel land, whether they want to accept it or not.

The following NPCs can be found here:

These Characters appear only while Idylla is cut off.

Several things of note can be found in this region:

The following services can be found here:

Available only while Idylla has been cut off:

The following items found here can be looted:

The following reagents can be harvested here:

The following lorestones are found here:

The following shrines are found here: 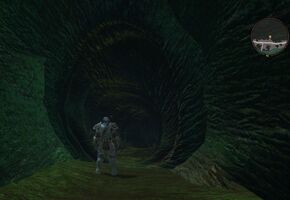 Entrance to Teeth of Naros Area 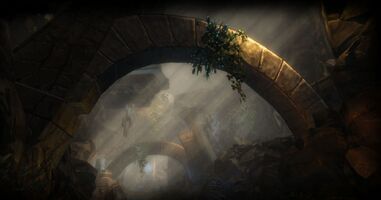 Tunnel to the Area 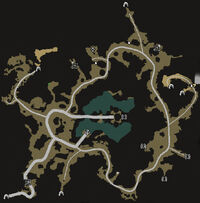 Complete map for the Teeth of Naros Area 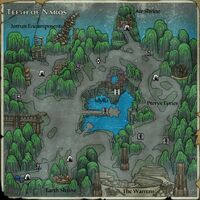 Teeth of Naros World Map View
Add a photo to this gallery
Retrieved from "https://amalur.fandom.com/wiki/Teeth_of_Naros_(location)?oldid=77221"
Community content is available under CC-BY-SA unless otherwise noted.