Amalur Wiki
Register
Don't have an account?
Sign In
Advertisement
in: DLC, The Legend of Dead Kel
English

The Legend of Dead Kel

Edit
watch 02:40
World of Warcraft: Dragonflight - The Loop
Do you like this video?
Play Sound

The Legend of Dead Kel was the first set of DLC to be released for Kingdoms of Amalur: Reckoning. It was released on March 20, 2012 on Xbox 360, PlayStation 3, Origin and Steam.

The Legend of Dead Kel takes players to Gallows End, a mysterious island that holds a brand new quest line, multiple side quests, a type of dungeon called "Dverga Fastings," three Twists of Fate, and a handful of previously unseen armor and weapons. The Fateless One also has access to Gravehal Keep - an estate housing a number of backstory-laden characters - as well as new shrines and Trainers.

Once the Fateless One departs for Gallows End there is no returning to the mainland until the Dark Harbor quest is finished!

The items in The Legend of Dead Kel, similarly to other DLC items, have level-based stats. This means that stats (armor, damage) and requirements are generated based on the Fateless One's level when the item is first acquired. 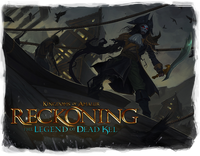 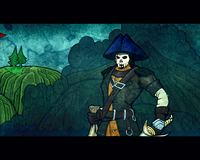